The Catalyst Group Entertainment is media debt financing company focusing on opportunities comprised of global emerging film, television and media projects. We curate a diverse portfolio of projects that creates profitable and steady returns for investors with an equal focus on capital protection by providing securitized loans to an asset class that is not affected by normal market conditions. We utilizes risk mitigation techniques that provide investor protection by financing collateralized debt and gap or mezzanine positions for film, television and other media projects, whilst also occasionally securing net profit participation to enable investors to benefit from potential extraordinary returns generated from TCG financed projects.

We are the media financing company that most of the studio, production companies and independent producers are continuously seeking for funds of the film packages with the submitted with full developed script, director, primary cast, production schedules and a budget as well as a proposed finance plan. As in TCG, our founding members have combined more than 25 years’ of experience in analyzing, reviewing and structuring various types of finance plan that fit to the needs of a particular project. We has a broad range of film financial products and support services to offer established and emerging film production companies, incubating both domestic and international filmmakers and producers in the global film markets.

Within the new emerging digital entertainment market, TCG will not only provided media financing tools but also plan to partner with a distribution aggregator with experienced technology developers and data analysts to facilitate a streaming distribution platform for content creators backed by metrics.

TCG believe that current and anticipated market trends are ideal for the launch of a debt facility with industry veterans that have a strong background in financing and production and media technology. Our TCG team has an excellent industry network of associates that have worked with major film studios, globally known talent and packaging agencies, and management companies.

In this stylized neo-western thriller, a group of modern-day outlaws and their terrifying leader are pursued by a local sheriff after committing a horrific crime in a desolate southwest town. When a professor and her husband cross paths with the criminals, everyone is drawn into a spiral of violence and retribution where morality becomes ambiguous, and survival is the only option. 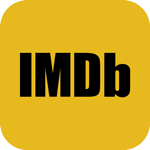 The process of creating a film can be long and arduous, but totally worth it to shares your work with enthusiastic audience. So, with a reputable sales agency, skilled producers can sell distribution rights piecemeal to various domestic and foreign territories before the project actually starts production, which is known as a “Pre-Sale” within the industry. The amount of the minimum guarantee or license fee is based on the strength of the script and attached or “packaged” elements such as director and actors. TCG will always discount the pre-sales collateral to provide a safety buffer.

Pre-Sales will yield a deposit payment of approximately 10 – 20% with the balance of the minimum guarantee or license fee due upon completion and delivery of the finished film. Producers can take these contractual commitments to TCG as collateral to obtain a production financing loan, presale loan interest rates and return time is depend on the size and complexity of the project which pre-sale collateral is the most secured and less risky collateral in a media project profile.

Moreover, Gap financing is a type of mezzanine financing that is secured by unsold territories for a media project. This type of financing is recouped after the pre-sale loan. It is a riskier form of financing than pre-sales loan, however depending on the evaluation of overall risk profile from the project with the estimated time of recoupment is normally 12-18 months. TCG will consider the performance of pre-sales and overall value of the package to determine the appropriate amount of gap financing of the projects. With certain projects, any gap financing will require a net profit share that can potentially generate exponential returns if a picture is a box office success.

Looking for a job? Send your resume