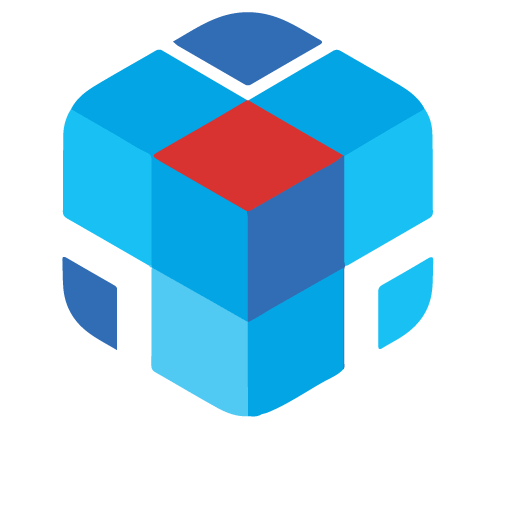 IQI MEDIA INC. is a full-service original content development production company in Los Angeles, California. Our producers’ team keen on managing all aspects of a multi-languages project throughout its life cycle from conception and strategy to design, development and delivery. IQI Media founded by Khiow Hui Lim in August 2010, a native Malaysia born producer graduated from Wichita State University. She has been producing from small to large scale video, film productions for more than 20+ years. Landed her first job during her junior year in college at the Media Resources Center (a direct affiliate of the Discovery Channel) and first full time at KSAS24 – Fox Networks in her last semester at WSU.

In 2012, IQI reached out to Brand USA offered to donate a nearly 700 hours road trip footage to support United States “Travel Promotion Act” campaign, ended up IQI was offered a contracted post editorial job from Miles Partnership. Miles Partnership is the official destination marketing management agency under the “Travel Promotion Act” that created the Brand USA — the country’s first national marketing arm was signed into law in 2010. IQI’s mission is to support Brand USA and Miles Partnership to increase incremental international visitation, spend, and market share to fuel the nation’s economy and enhance the image of the USA worldwide.

Equity stories are important element by creating a “QI” company value to focus now for IQI Media and it is building the future of its core values.

The word “QI” in Mandarin is 「砌」 meaning an effort of assemble pieces of stone, build each steppingstone path to achieve all goals.

“My commitment to our team is to complete a stone path that leads IQI to a never-before-seen landscape like the Grand Teton National Park, a landscape we have been long planning for. – Statement from Khiow Hui Lim

A selfish young woman threatens to close her family’s diner for the first time ever on Christmas Day, prompting a visit from a feisty guardian angel determined to protect a holiday tradition.

As a Christmas film, its deeper value of prelim up to 1.5 million in one line schedule that it can be re-released annually in a wide spectrum of markets both domestically and internationally. At the heart of this film is a message of giving and family bonds and of course, celebrating the Christmas spirit. With our story and themes, we are targeting Lifetime / Hallmark / ABC Family /Inspire / and Up networks where Family audiences and the decision making demographics of purchase empowered females, 18-60 dominate.

IQI vision is to be the best-in-content visual delivery and metric analysis in content creativity and reiteration production lab by helping content creators in the largest share of the global streaming market and significantly contributing to job creation, gross domestic product (GDP), export cultural and freedom contents throughout the world.

IQI mission is to increase content creator incremental ads spend revenues via streaming platforms, and market share to fuel nationwide jobs creation and enhance the story of the USA worldwide, not only in short form video but also in a large-scale format like theatrical release movies.

Charlene received her Business Degree from Mount Alison University in Canada, where she then worked in finance briefly. Having been a painter and artist most of her life, she decided to turn her attention towards art and completed the Animation Program at Algonquin College where she began her career in Toronto then moved to Los Angeles. Most of her career has been working in Feature Animation and for several ...studios, which included Warner Brothers, Fox Animation, and Dreamworks, on films such as All Dogs Go to Heaven 2, Space Jam, The Quest for Camelot, Anastasia, Prince of Egypt, El Dorado and Spirit: Stallion of the Cimarron. She had a short period as a Stop Motion animator for a CBC kids show called Poko and has had the privilege of working in most departments of the animation pipeline.

She then went on to become the Associate Producer at a boutique studio in Los Angeles, managing and producing the studio projects, such as Iron Giant Signature Edition, Once Upon a Time Adventure (Snow White ride at Disneyland in Shanghai) and the Minion Mayhem Ride (Illumination ride at Universal), in collaboration with studios such as Warner Brothers, Walt Disney, ReelFX and Universal/NBC. She recently was the Producer on an independent CG Animated Feature Film, Next Gen, distributed by Netflix and Alibaba Pictures and is presently developing a couple of personal projects as well as the Feature Film spinoff of the popular TV Series, Mansour, created by Bidaya Media and backed by the Mubadala Investment Company.

She has found her past experiences as an artist has given her great insight into scheduling and budgeting projects, plus a better understanding of the production process on a whole. She has enjoyed the adventure of seeing a film all the way through from the first pass of the script to the release date. Being a part of a project’s creation and seeing it come alive is an experience she looks forward to again in the future.

Amy Morton began her career at Cowboy Pictures, a small New York City film distributor, where she assisted with sales and marketing for indie, foreign language and documentary films. She then relocated to Los Angeles, where she worked as a copywriter and eventually became the Manager of Marketing Communications for an ad agency serving healthcare clients... such as Pfizer.

From there, she returned to the film industry as the Assistant Manager for Editorial Services at MGM Home Entertainment, where she developed movie taglines, synopses and more for films such as Hotel Rwanda. Since 2005, Amy has freelanced for digital agencies serving Fortune Global 500 companies and helped clients – from entertainment to technology – craft the right messaging for their marketing, branding and web content initiatives.

John Aguirre is a multi-award-winning director and producer and a member of the Directors Guild of America. As a DGA member, he has assisted in the physical production on over 300 episodes of TV, 15 feature films and has accrued over 10,000 hours of on set production experience on such ...studio films as “Butter”, “Men In Black”, “Red Dragon”, “Alien Code (aka The Men), “On Deadly Ground”, “8 Heads In A Duffle Bag” and “Primary Colors”.

Mr. Aguirre continues to challenge and hone his craft in the motion picture industry and is currently working on Disney | Fox hit series ; 9-1-1 Lone Star and recently worked on a brand-new show for Disney | ABC entitled; “Promised Land”, an epic, generation-spanning drama about a Latinx family vying for wealth and power.

He was recently selected to the prestigious DGA Director’s Diversity Initiative Mentorship Program and contributed to the Directors Guild Of America Diversity Summit in 2021 as a Latino Committee Alternate co chair. He continues to write, direct and produce independent films. Some of John’s directing credits include, “The Utopian Society” (played in over 40 films festivals and was distributed by Warner Home Video worldwide), “My First Day at Preschool” (Think Films), “Women On Top”(pilot), and reality shows ; “Passport To Love” and “Pet Doctor’s of Atlanta”. He directed the recent short films; “Membership Revoked”, “The Cohort”, “Unforgettable Valentine” and “Waking”, which played at the Cannes short corner. John also created the new media live action-animated IP, puppet children’s show, “Buddy Bear’s Musical Adventure”, which just debut in 19 countries on iTunes, Apple TV and Google Play.

John’s other directing credits include web series, “Soul Fire Rising” and “Hollywood Green Cards” as well as music Videos “Feels So Right”, “Laugh Laugh” and “Move To My Body”, for Red One’s 2101 Records.

John’s current web series project “Park Bench Anthologies” is set to shoot this Spring and two of his feature films, “Christmas Cafe” and “Film School Massacre”, are set for a summer and fall production.

When not on set or consulting with financiers of independent films, John enjoys cycling the treacherous city roads of Los Angeles, playing guitar, mentoring young filmmakers and International travel.

After graduating from USC Film School with honors, James worked with producer Sean Daniel (The Mummy series, Tombstone, Dazed and Confused) before committing full-time to freelance filmmaking on his own. He has since gone on to shoot award winning narrative, commercial, music video, fashion, and documentary films (the Audience and Grand ...Jury awards at the San Francisco Film Festival and The International Audience Awards, the Grand Jury prize at the Reale International Film Festival, ShortOftheWeek.com winner, two Tellys, one Emmy nomination). His clients have included Marriott, Disney, Westfield, Scion, the Tennis Channel (for which he served as Creative Director during the 2015 ATP Season), NFL, NBA, MLB, Build-a-Bear, Holiday Inn, BCBG, and dozens of other globally recognized companies. Two of Mills’ feature screenplays are currently in pre-production (NEW AMERICANS, I WILL FOLLOW HIM).

James currently is now working at the field as the Director of Cinematography for Academy Award actor, Sean Penn’s documentary feature.

After graduating from USC Film School with honors, James worked with producer Sean Daniel (The Mummy series, Tombstone, Dazed and Confused) before committing full-time to freelance filmmaking on his own. He has since gone on to shoot award winning narrative, commercial, music video, fashion, and documentary films (the Audience and Grand Jury awards at the San Francisco Film Festival and The International Audience Awards, the Grand Jury prize at the Reale International Film Festival, ShortOftheWeek.com winner, two Tellys, one Emmy nomination). His clients have included Marriott, Disney, Westfield, Scion, the Tennis Channel (for which he served as Creative Director during the 2015 ATP Season), NFL, NBA, MLB, Build-a-Bear, Holiday Inn, BCBG, and dozens of other globally recognized companies. Two of Mills’ feature screenplays are currently in pre-production (NEW AMERICANS, I WILL FOLLOW HIM).

How Sustainable is Movie Tourism?

Why film production is relatable and important to Tourism? Post-Covid, the market has changed, with fans now used to viewing film and other content on streaming services after months of isolation. Both filming and sustainable tourism are changing as well.

IQI production team is a true believer in post-covid “Filmingmaking+” and “Cinime+” landscape. If the motherland is full of viruses, we are should have died by now. Apparently, our motherland can heal itself without a doubt.

When a movie or television show shoots on location, it brings jobs, revenue, and related infrastructure development, providing an immediate boost to the local economy. Our industry pays out $44 billion per year to more than 320,000 businesses in cities and towns across the country – and the industry itself is comprised of more than 93,000 businesses, 87% of which employ fewer than 10 people. As much as $250,000 can be injected into local economies per day when a film shoots on location. In some cases, popular films and television shows can also boost tourism. Travel agencies even bundle wth an extraordinary locations to serve tourists for better travel experience. In conclusion, film induces tourism does influence younger travelers to world destinations.

The Lord of the Rings Trilogy – New Zealand

Moving beyond ROI VS ROX. Traditional return on investment (ROI) metrics are no longer sufficient on their own to determine a company’s success. Shareholder value requires laser focus on how well a company is meeting higher expectations around the customer experience when evaluating whether that company’s value proposition, capabilities and portfolio of products and services will create a ripple effect and an engagement experience.

IQI collaborate with Synergetic Films that has released over 500 titles into marketplace. In the domestic distribution, they has over ten years in distribution business with every major platform and films release in USA/Canada on monthly basis via theatrical, digital, educational and what remains of the DVD market. Nonetheless, Synergetic Films are able to release the titles in over 150 territories, in addition to licensing for broadcast/satellite services in China, Europe and LatAm.

Synergetic is a trustworthy distribution company for IQI future feature films to global streaming platforms. With Synergetic Films experience in both distribution and sales agent experience, this strategic partnership will help IQI in “MaiContent” Aggregator Platform development and the most important the revenue streams of creating contents packages to content creators and filmmakers.

Looking for a job? Send your resume